PGI Community Edition compilers for Linux/x86-64 are now available as a container image on the NVIDIA GPU Cloud (NGC) and as an Amazon Machine Image (AMI) on the Amazon Web Services (AWS) Marketplace. These images include the PGI OpenACC-enabled Fortran, C and C++ compilers supporting the latest multicore CPUs and NVIDIA GPUs including the Volta V100 family.

PGI in the Cloud is ideal for building, testing, benchmarking and running your own applications in the cloud using the latest NVIDIA GPUs, and for developing and deploying cloud-based parallel programming training and education. 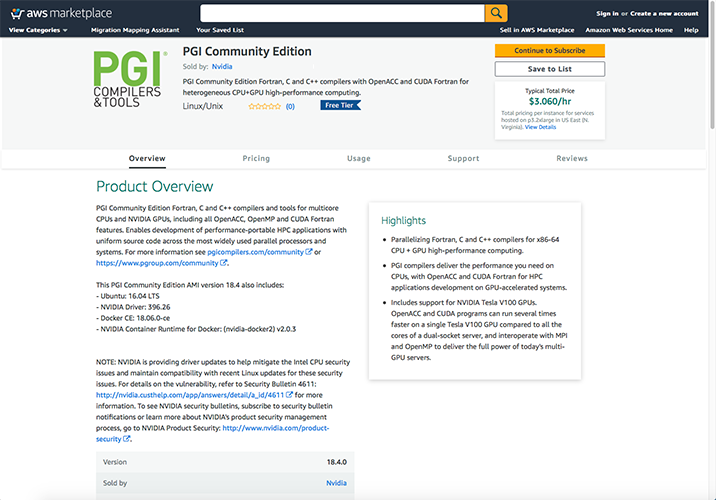 The Amazon Web Services (AWS) Cloud provides a broad set of infrastructure services, such as computing power, storage options, networking and databases that are delivered as a utility: on-demand, available in seconds, with pay-as-you-go pricing. AWS users can run the PGI AMI on a variety of AWS-supported platforms both with or without NVIDIA GPUs. Read the Getting Started with PGI on AWS PGInsider blog post to learn more. 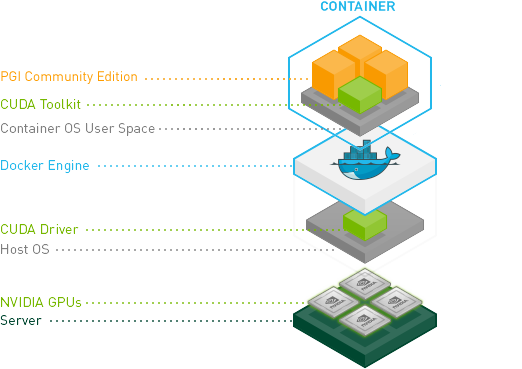