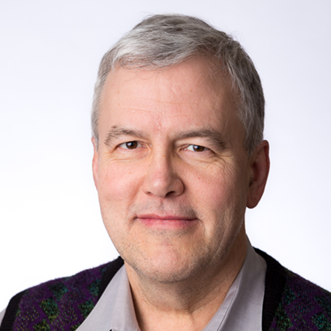 One of the most important issues when programming a system with a GPU or any attached accelerator is managing data movement between host memory and device memory. This is a special case of managing a memory hierarchy, a problem that has been with us since the dawn of computing. The very first computer I programmed was an IBM 360/75 at the University of Illinois which had a whole megabyte of magnetic core memory, composed of 400KB of fast core and 600KB of slow core. Systems in those days didn't support virtual memory, so programmers were responsible for staging data from disk (or tape) storage to memory and back, and for telling the operating system the maximum amount of memory the program would use (or on this system, the maximum amount of fast and of slow core that the program would use).

Since that time, much of the memory hierarchy management problem has been relegated to the hardware and operating system. Common CPUs now include fast on-chip cache memories with hardware to detect cache misses, load the missed data into the cache, evict stale data, and detect conflicts between caches attached to different cores or processors. Programmers now mostly ignore cache memory, but sometimes will tune a program to enhance locality, thus improving the cache hit rate and the total performance. Operating systems use address translation hardware to support paged virtual memory, detecting when a program needs more memory that is physically available, evicting stale pages to disk and reloading pages when needed. Some decades ago, programmers would sometimes optimize for virtual memory locality in the same way that they optimize today for caches. Now that current systems have many gigabytes of physical memory, the need for virtual memory locality is much reduced except for those applications with very, very large datasets.

However, today's attached accelerators, such as GPUs, bring us back to a programmer-managed memory hierarchy. Using CUDA or OpenCL, the programmer is responsible for allocating memory either in the host memory or in the device memory, and for copying data between the two. This is an extra burden placed on the programmer for two reasons. First, the memory requirements and technologies for host memory and device memory are quite different. The host already has a very large memory, quite often 16GB, 32GB, 64GB or larger. This memory doesn't need to be particularly high performance, since the CPU has a large, deep cache hierarchy. With such a large memory, cost is key. A highly parallel device like a GPU requires a much higher bandwidth memory system. Current GPUs use GDDR, which supports memory bandwidths of over 300GB/s in the right configuration, which is several times faster than CPU memory bandwidth. CPU performance depends on most memory accesses hitting in the cache memory, so a lower main memory bandwidth is sufficient because it only needs to satisfy the cache misses. Highly parallel devices like GPUs are designed to work efficiently with very large datasets where cache memories are too small to be effective, so they require higher memory bandwidths. This memory is more expensive and therefore smaller. The smaller size often requires data to be shuffled from the host memory to device memory and back again, much like data was moved between CPU and disk some four decades ago.

The second reason this problem is left for the programmer is that automating the memory hierarchy management requires more hardware support than is currently available on these devices. We might think of the device memory like a cache on the device, backed by the system memory. What would it take to manage this just like today's hardware caches, or like today's virtual memory? Unfortunately, this requires several hardware innovations that exist in today's CPUs, but are not available in current GPUs, such as page translation, miss detection, kernel suspend and resume, and more. These features will be added in the coming years, but today's GPUs just don't have it.

However, NVIDIA GPUs and CUDA drivers support a feature called CUDA Unified Memory that approximates what we really want. CUDA Unified Memory allows a program to dynamically allocate data that can be accessed from the CPU or from the GPU, with the same pointer and address, and the CUDA driver will ensure that the data is in the right memory at the right time. The PGI CUDA Fortran compiler added support for a Managed Memory attribute in 2014. In 2015, we implemented a beta feature that allowed you to use CUDA Unified Memory seamlessly in OpenACC programs. Effective with the PGI 17.7, it is no longer a beta feature. This article describes how to use the feature and what behavior to expect, and some problems and pitfalls you might encounter on the way. Internally, we have found this feature to be a great help when initially porting a program to NVIDIA GPUs with OpenACC, by allowing us to focus on first on porting the compute regions and then tuning the data movement afterwards. It's not perfect, and it's not robust enough for production use in most cases, but it's helpful for initial porting. The rest of this article assumes you have some familiarity with OpenACC and NVIDIA GPUs.

Let's take a very simple test program and see the difference in behavior.

First, compile this with OpenACC, using pgcc ‑acc. Run the binary after setting the environment variable PGI_ACC_NOTIFY to 3; this will print out a runtime diagnostic after each data movement and each GPU kernel launch. If you run this program with an argument of 1000, you will see output like:

This shows that the compiler implicitly added a copy clause for the array a and a copyin clause for b. If you recompile enabling this new feature, using pgcc ‑acc ‑ta=tesla:managed, and then run the program, the output will include the launch line and the output, but no data movement:

It looks simple, just adding a command line option, and in many cases it really is that simple. However, it's not perfect, and it's not ready for production use in most cases. There are some details of the implementation that you should be aware of and some problems that you may run into. Some of these problems will be fixed in future PGI releases as we improve this feature, but some will have to wait for future NVIDIA GPU architectures, as described earlier.

This feature has the following additional limitations when used with NVIDIA Kepler GPUs:

This feature is not supported on NVIDIA Fermi GPUs.

One of the big challenges using accelerator devices today is data management. It would really simplify life for a programmer if the system hardware and system software could automatically manage the device memory as if it were a cache, or similar to virtual memory. Such support will come in future GPUs, but that raises the question today whether the performance of automatic data management will be satisfactory, or whether user data management will always be required. Using CUDA Unified Memory today gives a first hint at an answer, and it's quite promising.

PGI 17.7 provides an enhanced version of Unified Memory support for 64-bit Linux x86-64 and Linux/OpenPOWER. With the ‑ta=tesla:managed option, dynamic memory is allocated in CUDA Unified Memory and managed by the CUDA driver. Data in Unified Memory is automatically moved to device memory at kernel launch, and back to the host when needed. There are some limitations to this method, since it only applies to dynamically allocated data. Note also that runtime failures on Kepler GPUs are possible because there is no hardware support for detecting missing data on the device. We encourage you to try it for initial porting and experimentation.

As an example, we took the 15 OpenACC Spec Accel V1.2 benchmarks and compiled and ran them with and without the ‑ta=tesla:managed option. Three of the benchmarks (cg, csp, bt) only use static data, so the managed suboption did not apply. For the other twelve, the performance was very promising. The numbers below are SPEC estimates (not run in the SPEC harness) using the ref dataset and measuring execution times in seconds on a IBM Power8 CPU with an NVIDIA Tesla P100 (Pascal) GPU connected via NVLINK.

Some of these give a speedup using managed memory, but this is usually a side effect of using pinned host memory for data transfers. One benchmark had a pretty serious slowdown, but still nowhere near a factor of two. In ten of these eleven benchmarks, all of the data movement was managed using CUDA Unified Memory. These results would indicate that locality works; when most of the compute operations are being done on the GPU, the data can stay resident on the GPU and data movement will not be the limiting factor in performance. For the cases where we see performance degradations, future hardware support for data movement will help because not all the managed data will have to be moved before each kernel launch. However, we expect that there will always be cases where a user will want to control data movement, for instance to prefetch data to the right memory and overlap that with other computation.