Parallelizing Compilers for CPUs and GPUs 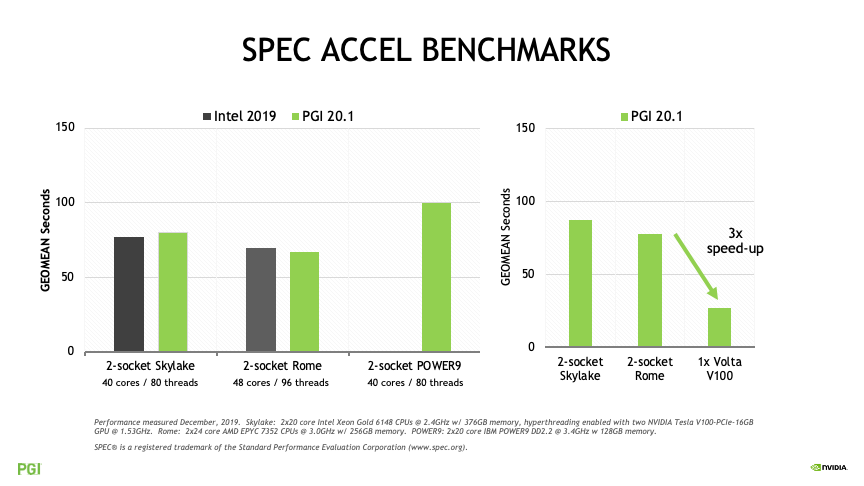 PGI compilers deliver the performance you need on CPUs, and the features you need for HPC applications development on GPU-accelerated systems. OpenACC and CUDA programs can run several times faster on a single Tesla V100 GPU compared to all the cores of a dual-socket server, and interoperate with MPI and OpenMP to deliver the full power of today’s multi-GPU servers.

Is your application 10s or 100s of thousands of lines of Fortran, C and C++ code? With OpenACC directives, you don’t have to parallelize all of it at once. You can identify hot loops and code regions using the PGPROF profiler, then incrementally parallelize and tune them one by one. OpenACC code remains 100% standard-compliant and portable to other compilers and platforms, and enables parallel processing on CPUs and GPUs using identical source code. 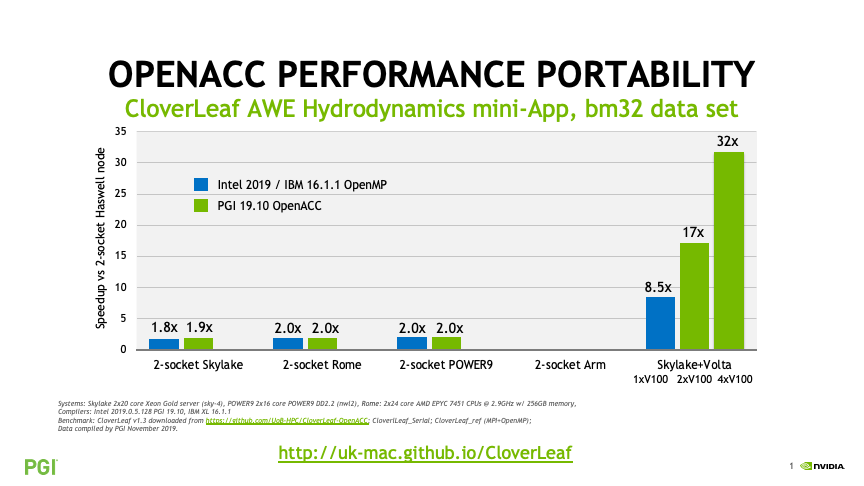 CloverLeaf, a Lagrangian-Eulerian explicit hydrodynamics mini-application, is a small (4,500 line) lightweight application that is representative of a code used at the United Kingdom’s Atomic Weapons Establishment (AWE). Using OpenACC, performance on an NVIDIA V100 GPU is four times faster than a dual-socket 40-core Intel Skylake CPU, running the fully optimized code on the bm32 data set. It scales to almost 15 times faster on 4xV100s using MPI+OpenACC. The optimizations to the source code made during porting to the GPU using OpenACC improved the performance of the CPU code by more than 50%.

Will Your Compiler Take You There? 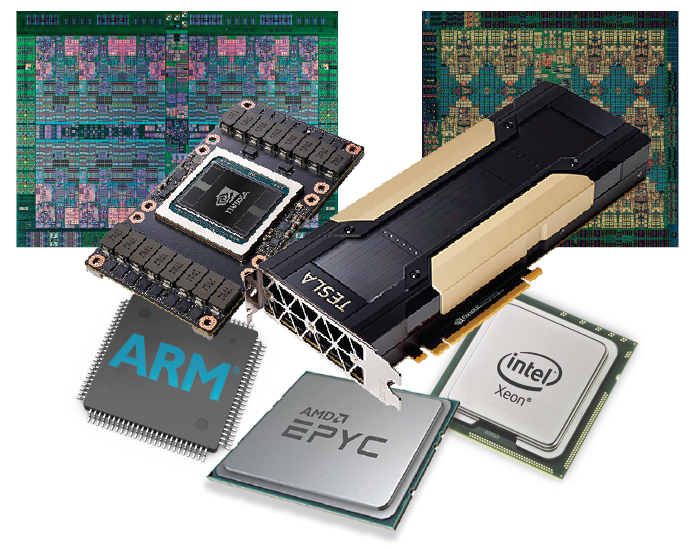 What People Are Saying About PGI

“Using OpenACC allowed us to continue development of our fundamental algorithms and software capabilities simultaneously with the GPU-related work. In the end, we could use the same code base for SMP, cluster/ network and GPU parallelism. PGI's compilers were essential to the success of our efforts.“

“For VASP, OpenACC is the way forward for GPU acceleration. Performance is similar and in some cases better than CUDA C, and OpenACC dramatically decreases GPU development and maintenance efforts. We’re excited to collaborate with NVIDIA and PGI as an early adopter of CUDA Unified Memory.“

“We’ve effectively used OpenACC for heterogeneous computing in ANSYS Fluent with impressive performance. We’re now applying this work to more of our models and new platforms.“

“Our team has been evaluating OpenACC as a pathway to performance portability for the Model for Prediction (MPAS) atmospheric model. Using this approach on the MPAS dynamical core, we have achieved performance on a single P100 GPU equivalent to 2.7 dual socketed Intel Xeon nodes on our new Cheyenne supercomputer.“

“Porting our unstructured C++ CFD solver FINE/Open to GPUs using OpenACC would have been impossible two or three years ago, but OpenACC has developed enough that we’re now getting some really good results.“

“CUDA Fortran gives us the full performance potential of the CUDA programming model. While leveraging the potential of explicit data movement, !$CUF KERNELS directives give us productivity and source code maintainability. It’s the best of both worlds.“